With the 41st birthday of the 80s icon the Rubik’s Cube, the Like You Like It team celebrates four other musicals whose interlocking characters and storylines are the most delicious puzzles every created. Check out more about Like You Like It:

1 The RENT-bik’s Cube
RENT, in its adaptation of La Boheme, pieces together a story of lovers, ex-lovers, future-ex-lovers and ATM machine vandals. 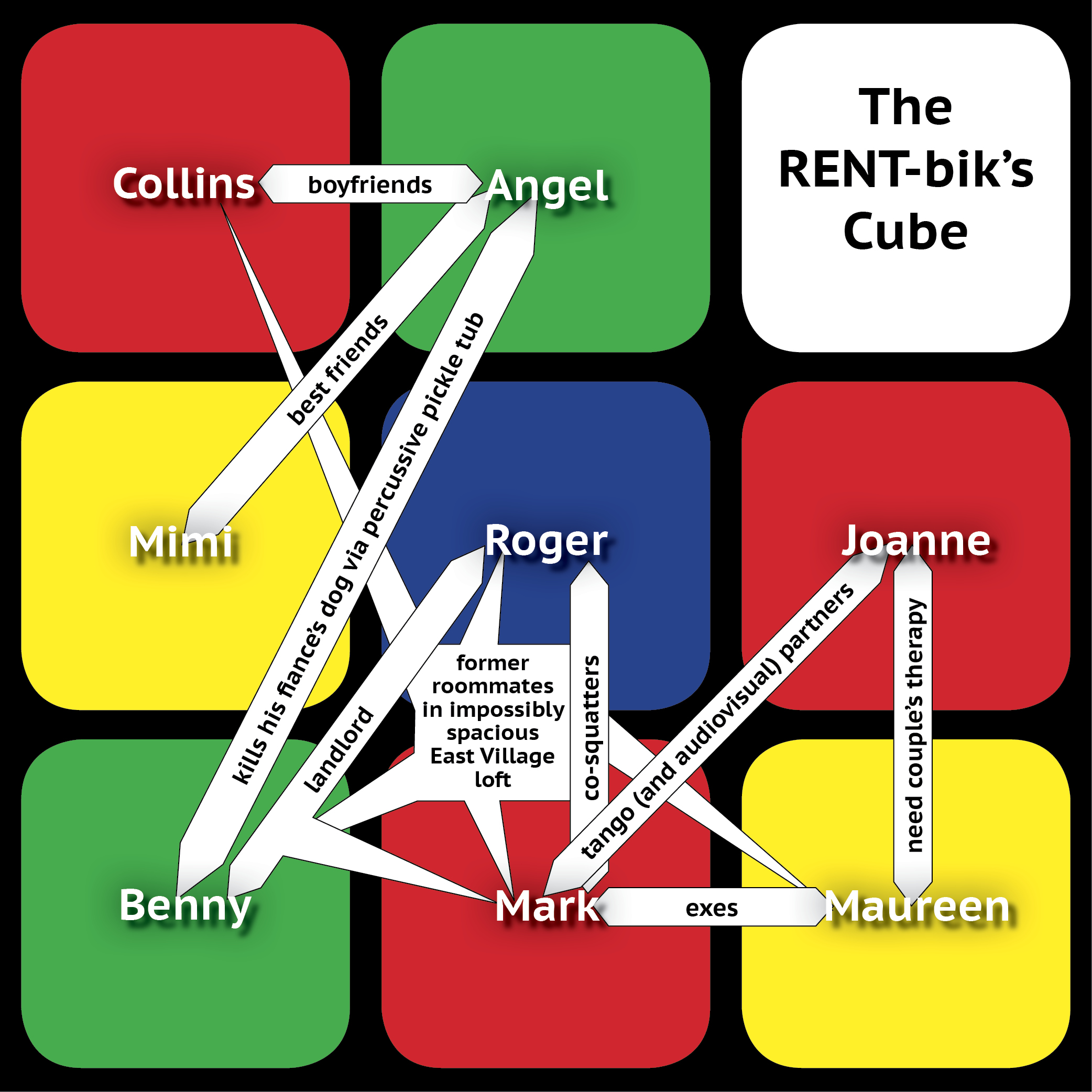 2 A Little Night Mu-bik’s Cube.
A Little Night Music, in its opening waltz, shows partners re-partnering, and had a huge influence on the creators of Like You Like It, though the show is in a Mall, not at a Swedish chateau. 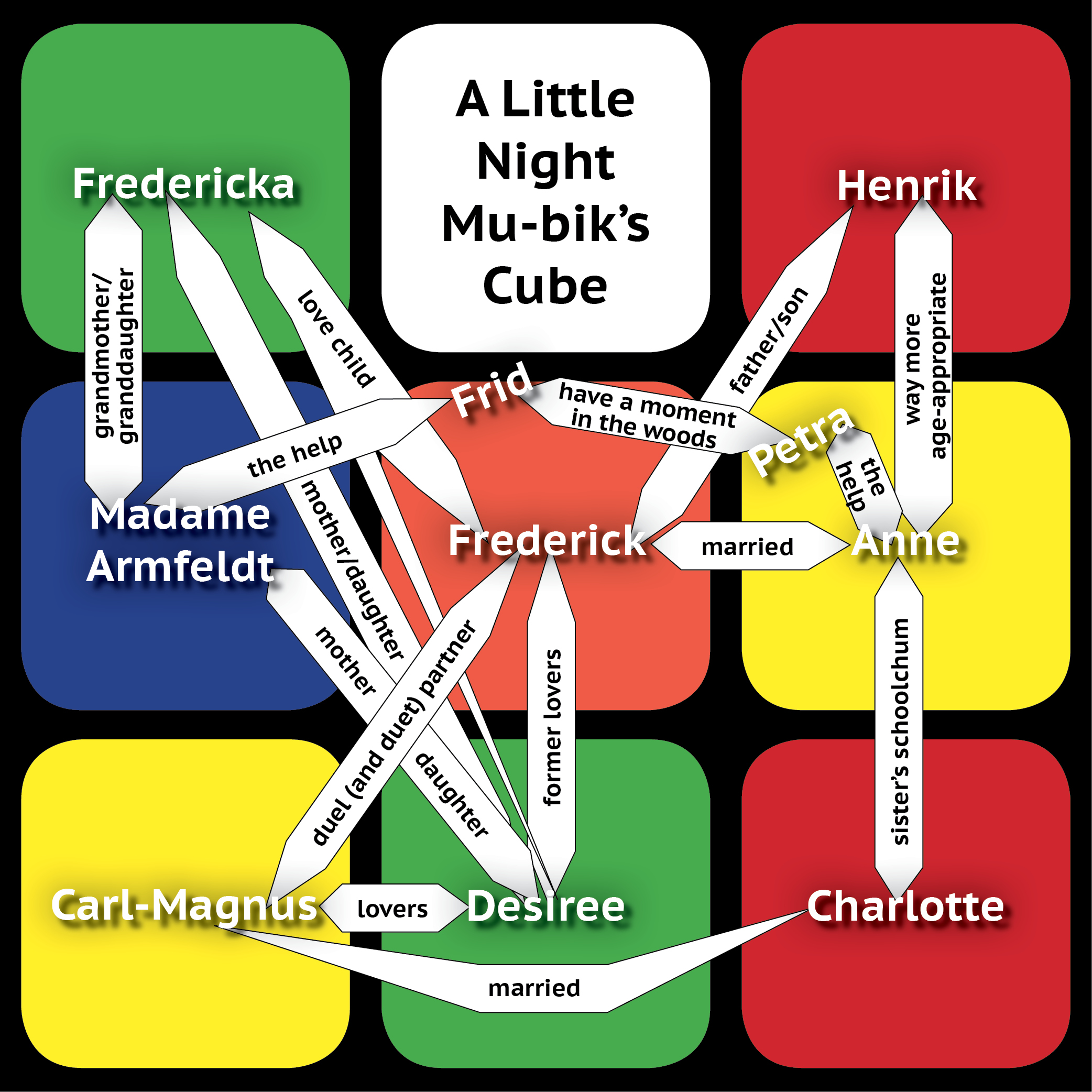 3 Les Cube-rables
Adapting an epic novel is like adapting a Shakespeare play, though as you can see from the diagram, a bit more complicated. It’s really not THAT complicated in Like You Like It. 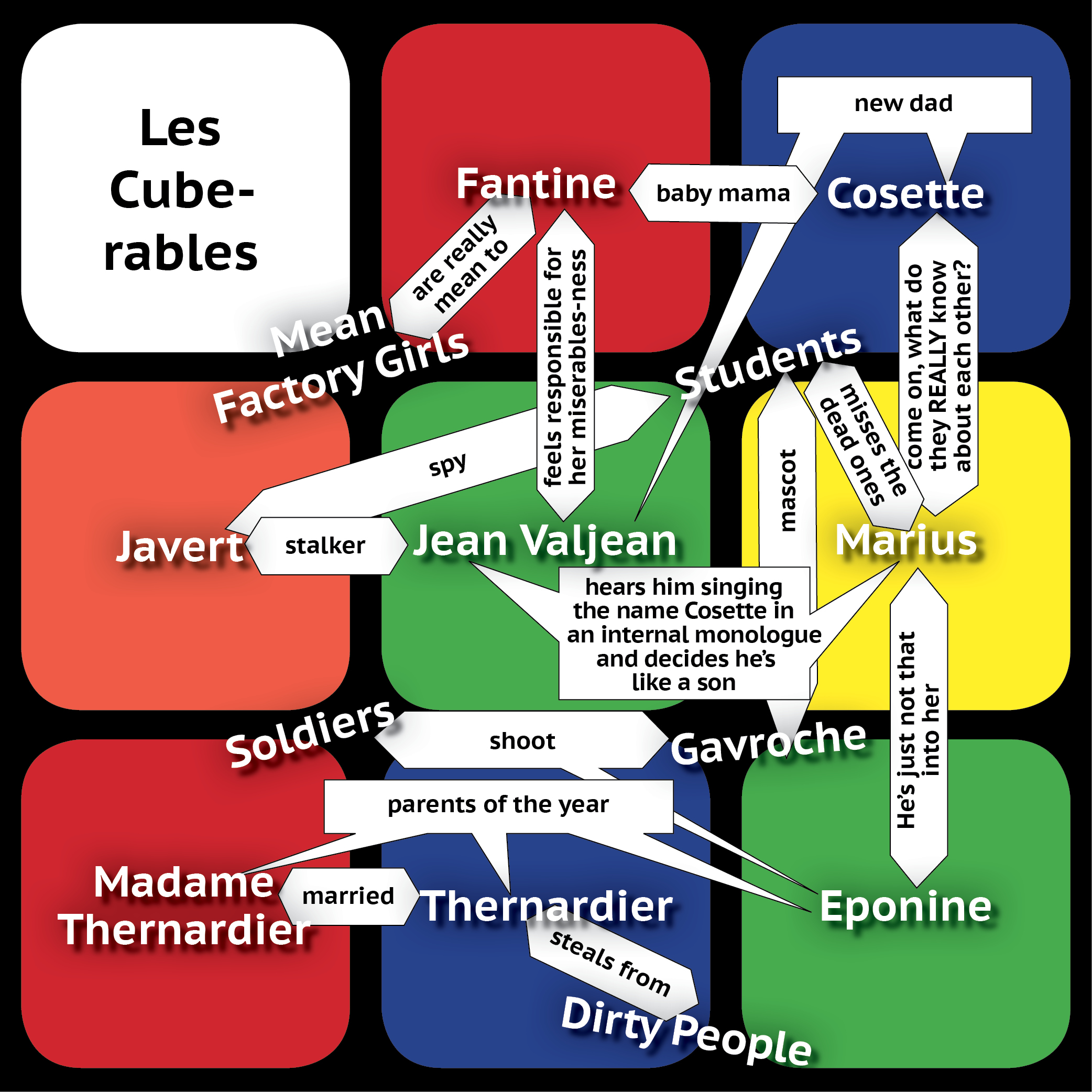 4 A Funny Cube Happened on the Way to the Forum
Stephen Sondheim. Burt Shevelove and Larry Gelbart: all geniuses of dizzying proportions. Read the script… 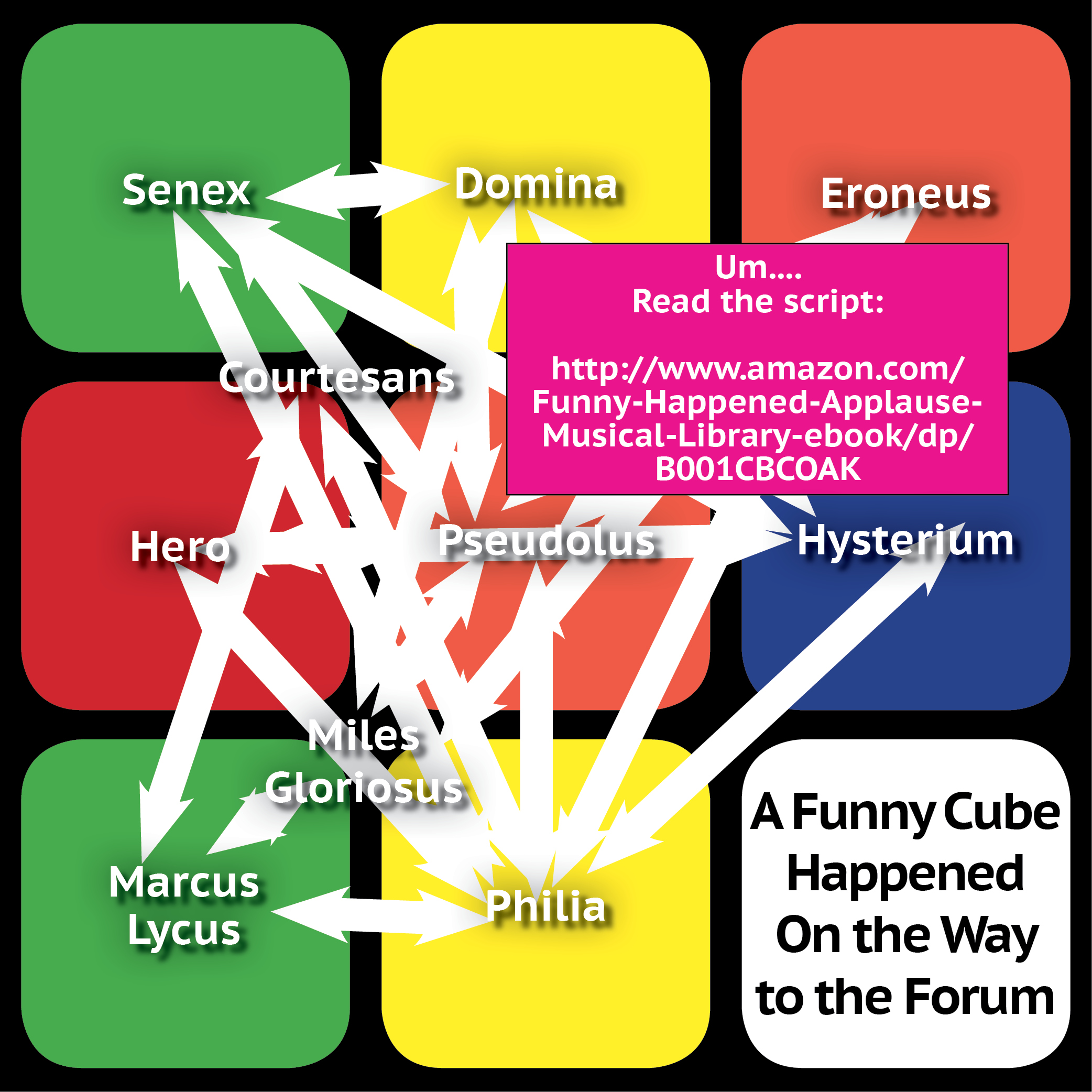