The 7-Year B*tch, named as an Outstanding New Musical in the 2007 Talkin’ Broadway’s Summer Theatre Festival Citations, is a wickedly funny and bitterly heartfelt concert featuring the songs of Dan Acquisto and Sammy Buck, everyone’s favorite second choice for Broadway, off-Broadway, film and TV jobs. Sammy and Dan give you their tell-all and show you what it’s like to persevere, while five very talented performers sing songs about misadventures in love and work, and never winning a certain performing arts foundation grant each year. 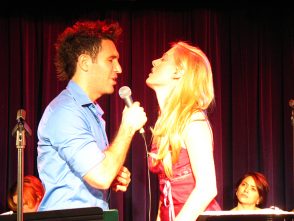 David Perlman and Amy Rutberg in The 7-Year B*tch. 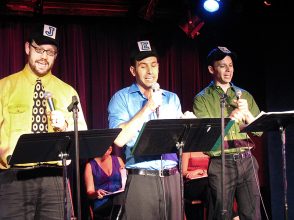 Brian Cimmet, David Perlman and James Donegan sing “We JEL,” about government checks and balances, in The 7-Year B*tch. 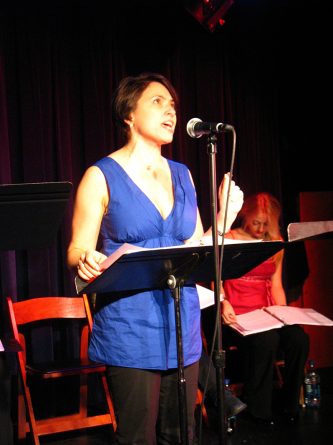 Joanna Young in The 7-Year B*tch. 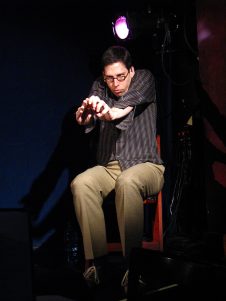 Sammy Buck in The 7-Year B*tch.

TRAPPED IN A MAZE,
YOU’RE A MOUSE, ALWAYS SCURRYING.
OR LIKE A DOG,
YOU’VE BEEN CHASING YOUR TAIL

GOD, IT’S SO HARD.
I’M UP EVERY NIGHT WORRYING.
I WANT TO DIE
EVERY TIME THAT YOU FAIL.

from The 7-Year B*tch